On Monday I'll be in Torpoint Library at 14:00 to officially launch the Read South West's Cornish Reading Passport. I am so honoured to be a part of this.

Last year, in honour of the Olympics they organised a regional challenge asking people to read books set in or connected to five different continents. This year they are focusing on the south west and they have chosen six authors to represent Cornwall...Charles Causley, Daphne du Maurier, Debbie Fowler, Patrick Gale, Richard Masson and Liz Fenwick. Yes, I had to read the email a few times to be sure!

So on Monday I'll be in Torpoint Library to launch the scheme and to chat to anyone about my books or about writing in general. If you are in the area I'd love to see you.

There has been so much going on lately that I haven't linked to many things...mea culpa.

I wrote a travel article about my favourite parts of The Lizard for a travel agent based in Truro...(it's in German) here.

There was a lovely article in The National here on how my memories help me write...

Finally I can not believe this glorious weather...it makes it very hard to write (working on book 3 - A Cornish Stranger) but this weather is exactly like the summer in A Cornish Affair, which I wrote the first draft of in 2005...when I was rewriting the book last year I was beginning to think I had been imagining the glorious weather. But the current weather proves it can happen.

What are you doing to keep cool in the heat? 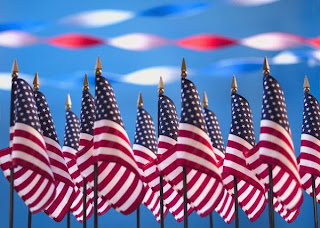 A friend on Facebook called me wistful and I suppose I am. It's the Fourth of July and I'm sitting in out shoebox size flat in London longing to be on Cape Cod. The desire is so great it makes me tearful. I know it is the pull of nostalgia. There is nothing like hot dogs and hamburgers, watermelon, blueberries and the smell of Coppertone. I'm hankering after screen doors, three legged races, sunburns and mossy bites and youthful longing. It's all there sitting like a lump in my throat.

I haven't celebrated a 4th in the States in too many years. For me the 4th is synonymous with Cape Cod as all my childhood summers were spent there. I long for Four Seas Ice Cream and a sea temperature that is refreshing not icy. Craigville Beach looms large in my thoughts...

It stings. In the past when it was possible I would decorate the house, be it in Cornwall or England or Canada, with the stars and stripes. The day would begin with blueberry pancakes and maple syrup. A cookout would ensue and I'd try the three legged race thing just to give the kids a sense they were too American.

I've just finished an interview with a journalist in Dubai. He was asking about A Cornish Affair. I realise I didn't say that in many ways Jude, the heroine, is me. I gave her my Cape Cod, my university and much of my world. I fell for Cornwall as she does. And now I proclaim that Roskillys has the best ice-cream in the world replacing my beloved Four Seas (although I've never had peppermint stick ice-cream anywhere else). I rarely swim off of rocky beaches in Cornwall (the water is still too cold- I remain loyal to Craiville Beach and its temperate waters). Cornwall is now where my heart lies but on the Fourth of July it really wants to be on Cape Cod.

Happy Fourth of July.
Posted by Unknown at 1:24 PM 5 comments: