I'm here at home and it's perfect....daffs, bluebells.... There are a few pictures of the garden and my thoughts on the importance of details in writing over The Heroine Addicts.
Posted by Unknown at 6:17 PM 2 comments: 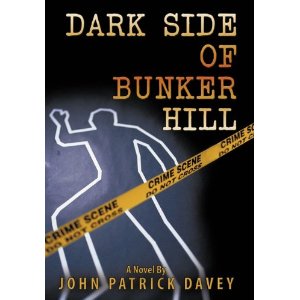 I was so excited to see that my uncle, John Patrick Davey, had self published his book...THE DARK SIDE OF BUNKERHILL. 'The death of an old lady in Cambridge sets off a pattern of deadly behavior leading to the murder of a retired Judge on Boston's Bunker Hill and the mysterious death of a disbarred attorney. An illegal plan to take over a multi million dollar insurance trust falls apart when the planners allow blackmail and greed to develop into murder. The plot from the beginning, is peopled by characters intent on cheating each other forgetting that main prize is the trust's millions managed by a trio of old men. In turn they stun the conspirators by pulling a clever scheme of `bait and switch' surpassing the ingenuity of their antagonists. The locus is Boston and it's Homicide Unit which leads the reader through the old city's `Freedom Trail' after the killers.'


I bought and downloaded it onto my iPad to read for tomorrow's flight. A crime/thriller isn't my normal choice, but Id seen bits of this book in it's earlier stages...so I'm looking forward to reading the end result.

I find the whole new birth in self publishing interesting. On Friday next week a writing buddy of mine Janice Horton will be answering a few question on her road to self publishing....

Yes, I'm flying again...to the UK and it will be a busy trip. A birthday party for one of sister-in-laws, a quick visit to Cornwall, a meeting with my agent (oh, can i say that again - a meeting with my agent - still doesn't seem real) and then collecting two of the kids before flying back to Dubai...
Posted by Unknown at 4:59 AM No comments:

Email ThisBlogThis!Share to TwitterShare to FacebookShare to Pinterest
Labels: John Patrick Davey, The Dark Side of Bunker Hill

The festival was fabulous but in a very different way for me this year. I didn't have moment to call my own and only had the opportunity to sit in on three sessions...But I hosted those three, took the wonderful Michael Palin and other to the top of the Burj Khalifa, cruised the Creek and sorted problems in the green room.

I have experimented and posted all my pictures from the festival on my ....author page...on Facebook. I have mixed feelings about having an author page but I followed Nathan Bransford's advice. So my author page is here. Since I have this now I thought it would make sense to post my 'work' photos there...an experiment if you will... The link for the photos is here here and here.

Almost as soon as the festival was over i was on a plane to Florida to see my parents and this is where I am at the moment. They are well and it has been bliss to have the time to just be me and them...and of course I've managed to squeeze in a bit of shopping.

A trip to the top with Michael Palin and Roger McGough ( all I can say say is i am lucky...remind me to tell you about the guy who said to Michael ...did you know you look like Michael Palin....

Okay this year my post from the festival will be different as I won't have the opportunity to sit in many session but I am out and involved ...so more photos.

Here's the pictures from the dhow cruise...

My pictures are up here for the RNA Pure Passion Awards. It was a fabulous afternoon/evening. I made it onto my flight and today kicks off my involvement with Emirates Airlines Literary Festival. I'm not sure how much I'll be able to blog this week do to time, but I will try and keep you posted if time and jet lag allow.

Posted by Unknown at 7:49 AM No comments:

Sometimes life seems to go by in a fog and then something knocks you out of it. Well this made everything seem very real indeed Blake Friedmann Literary Agency.
Posted by Unknown at 4:38 AM 6 comments:

The Realities of Expat Life 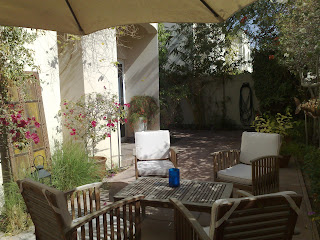 I'm sitting and writing this on a beautiful Saturday morning. There is a breeze coming from the beach, the palm tree is swaying and the bougainvillea is spilling over the garden wall. As it's morning I have a coffee and not the requisite pink Gin (note: never have had one & must try some day). Life here in Dubai has been and is good.

Back in 1989 I set off on and adventure. On the 19th of April I left Boston and moved to London. I'd planned to live there for three years. Two weeks after I arrived I met my now husband and the rest is history as they say. It also created a huge question of what is home....

You, by now, are wondering why I'm in such a reflective mood...bear with me. So since 1989 I have lived in London, Calgary, London, Moscow, Houston, Jakarta, Dubai, London and Dubai. Before that I lived in a small city outside Boston and spent my summers on Cape Cod. Aside four the four years of university in western Massachusetts, I lived in the house that my father had lived all is life in...

So my move in 1989 was a huge break. The whole essence of home was neatly tied up in stability and the factors that made me, well me. In 1989 away from home and all it entails I could see me - I was not defined by assumptions (other than what people in London assumed all Americans were) of where I came from, where I went to school and who my family was. This for me was a defining moment. I was in charge of what people thought - well , sort of...they of course brought there own preconceptions.

So during these years wandering the world, the question of 'home' has been raised and not just for me but for my children. Because unlike me that haven't had the stability of home and community to hold them and shape them. At times this has caused me great worry. My kids have never been like anyone else...they have never had the comfort of fitting in (why I would want this for them when I have always felt a misfit I don't know - the things we yearn for).

I still have dreams of returning to my parents house on the Cape. It changes and morphs in these dreams but I always know it's my home. This house was sold back in 2001 and before that I used to think back to the house outside Boston....as if somehow in my dreams I was at least still trying to hold onto home - whatever that may be.

As I write this post it's the third time in less than a year that I want to go home even though I know I won't recognize much of it. My uncle and Godfather is dying right now and won't last the week. My roots - Irish- are calling out to me to go home - home to grieve, to celebrate and to reconnect. When my great aunt passed away at the age of 102 in February, I couldn't go home and now I find I'm in that same situation. This week is the Emirates Airlines Literary  Festival and I am part of it....I have taken on responsibilities and I can't let others down.

So my family will be gathering this week and I won't be with them. I will however be united in spirits with my grandparents who left Ireland behind and were never able to go home - to laugh, to grieve, to reconnect. In some strange way by becoming a expat I have picked up a bit of them that left home to make a new life. They knew the pain of not being with family when things were celebrated or mourned. It was what they had to give up for their new life and I guess it's what I have to too...however sometimes it doesn't make the pain of being away any less.
Posted by Unknown at 6:38 AM 12 comments:

Some things happen at the right time... a phone call from the company who took a family portrait two years ago...
It appeared we had earned points and as I had just signed with wonderful agent, Carole Blake, I knew there would a request at some point for a pic of yours truly. So last week while the kids were still sleeping I went for a shoot. I had a ball. The photographer Paul Sumner of Stu Williamson Photography was brilliant and an hour and 300 pics later we were done.
On Sunday I received the proof disc of 100 shots...not sure I recognized the woman in them, but she looked good for an old bag. (good lighting really helps along with a skilled photographer)
Here are the final results.... 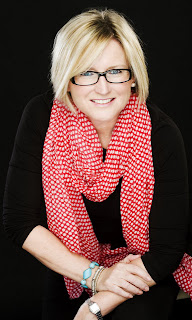 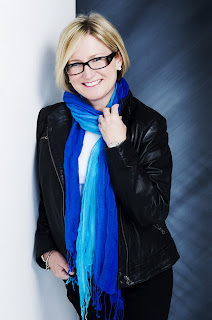 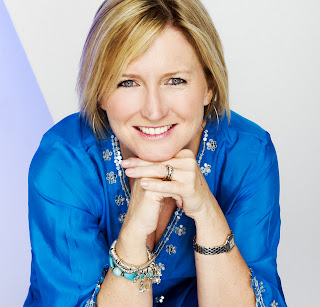 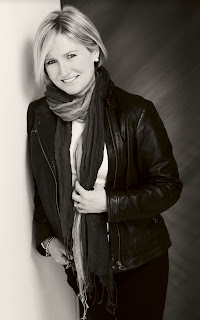 Email ThisBlogThis!Share to TwitterShare to FacebookShare to Pinterest
Labels: pictures

Two unconnected things happened that mdke think about my high school year book. It's not something that I dig out very often - in fact I can't remember the last time.

But yesterday on Facebook my best friend from high school congratulated me on my news. I was touched in so many ways. One was that she remembered that writing had always been my thing.

Then on Twitter today @LizUK was asking what advice would writers give the 10+ regarding writing. I said @LizUK I would say to them to remember sometimes dreams take a long time to happen but if you keep working they do


Our conversation continued and I mentioned being stubborn...I can't remember when writing became the be all and end all for me, but by the time I graduated high school it was clearly top of my list. 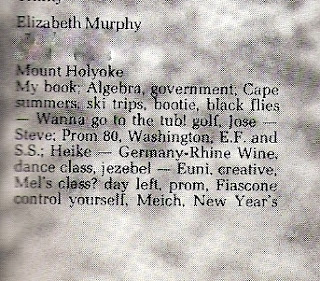 There are many things I've learned over the years, but a big one is that it is never too late to follow your dreams and sometimes those dreams change. Oh and I have no idea what a lot of what I had written down there means (like a code really) but My Book was first on the list (now I wish I could remember what it was about, but I am eternally grateful that it is has been lost in time:-) )