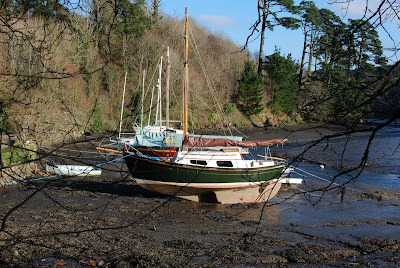 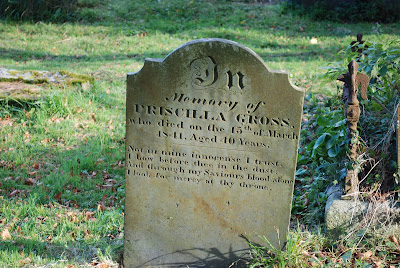 Yesterday again provided brilliant walking weather. Hoping to sneek another stroll in today before a lunch out.............must make room somehow! Here's the next installment of Toby's tale and a few another few photos of inspiration.......

Trevenen House, 27th March 1846
Toby paused outside the drawing room, only his father’s displeasure could cause everyone to be in such turmoil. Somehow Toby knew he was the cause. Mrs. Williams was almost tearful in her temper. Who were these distant relations? Why were they coming to Trevenen House? Why had they never come before?
Toby took a step and placed his hand on the door. He could almost see his father standing by the window closest to the fire even though the door was still shut. Whenever he was in a foul mood that was were he stood. Toby knew that it would be awful. He knocked.
“Tobias?” The voice was low.
“Yes, Father.” Toby pushed the door open and held his breath.
“Come in. Do not stand around.”
Toby walked in with his head bowed.
“Stand up straight, Tobias. Where have you been?” The clipped sound of his father’s voice caused Toby to flinch.
“The Nare.”
“Why the devil? No, never mind. There’s no time for that. Your mother’s cousin,” Toby watched his father pause then clasp his hands behind his back as he moved away from the window to the warmth of the large fire. Even with its great warmth Toby felt cold and damp.
“Your cousin Meredith Wittershaw-Smythe and her husband will arrive any moment.” Talan Trevenen walked back to the window.
Toby longed to ask who this Meredith Wittershaw-Smythe was but shut his mouth looking at his father’s rigid back. The wind and rain lashed the tall windows. Normally the view was breathtaking, but he could not see past the end of the cannons on the lawn. He loved those cannons. His Great Uncle Howel had brought two of them back from the Battle of Waterloo to match the two old ones already there. They were French, small and neat next to the large solid ones that Toby thought were from the Civil War, but no one remembered how they came to be on the lawn. When he was small he would play about them for hours while his mother would watch and laugh at him. Now his father always shouted at him if he ever attempted to play near them. Seven years ago he was a pirate, a general, and admiral, but now all he could be was Tobias Trevenen son of Talan but that was enough.
“Tobias.”
“Yes, Father.” Toby winced. He longed for the father he remembered not the one standing before him. Back then his father laughed then, but now he was always stern. Only when he talked of the estate and its people did he lose his solemn look. Toby knew his father loved the land and it was in his blood and it spoke to him. Toby liked to think it spoke to his father the way the sea spoke to him, but it wasn’t just the sea speaking, it was his mother.
“Go and tell Mrs. Williams I wish to speak to her then go and work on your Latin until they arrive.”
Toby turned and walked out carefully. He knew things were worse than he thought. His father hadn’t scolded him; he had just sent him to his verbs. He was none the wiser on who these relatives were and why everyone was upset. Latin verbs were not going to explain anything. His tutor hammered on and on about Latin, but Toby could see no use for it except for plant names and one did not need to know Latin grammar to learn plant names.
He had heard mutterings about his going up to Oxford, as his father had before him, but Toby did not see the point. He was going to run the estate like his father and Toby did not need to leave to learn how to do that. He knew that by being here on the land he would learn all he needed to know. He did not want to leave the sea, but he knew that all his family left Cornwall before coming back.
“Mrs. Williams.”
“Yes, my duck.”
Toby smiled. “Father would like to see you.”
Mrs. William’s mouth straightened and she put her cloth down. Toby watched her quick step to the drawing room as he went up the main staircase. All the family faces looked down on him and some seemed to like him, but many were glaring from their place on the wall. Let them study Latin verbs he thought as he swept up the last flight of stairs to his domain.
It was a great blessing that his tutor had gone to visit his sick mother for Easter. He had the whole floor to himself; peace and Latin verbs. He looked out the window to the mouth of the river. but could not see it. The weather was closing fast and with a bit of help from the heavens his cousins would not make it this far. They would be stuck until the weather cleared. Toby said a prayer for a storm of gigantic proportions that would keep then away forever, or at least until the day after his birthday.
Posted by Unknown at 10:12 AM 3 comments: 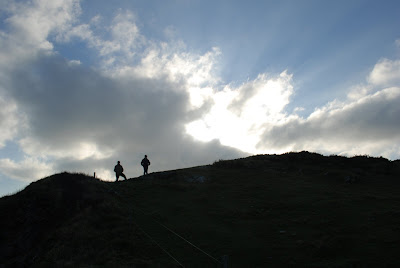 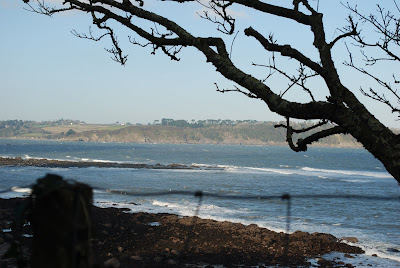 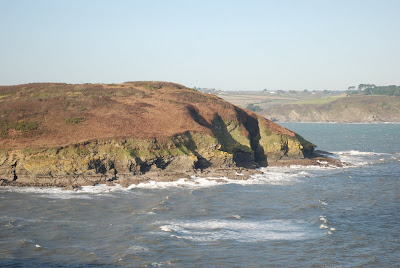 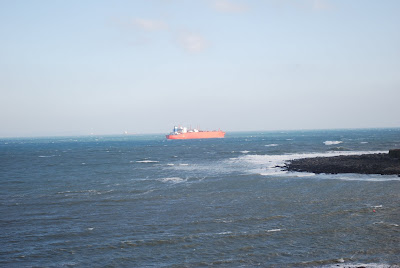 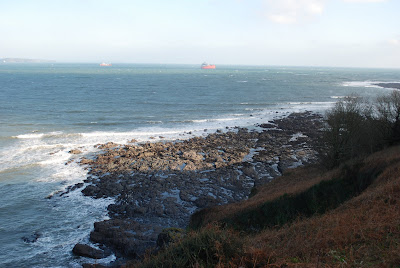 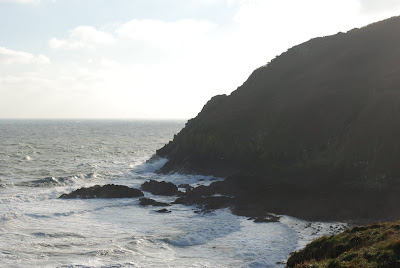 I can't believe I can't use word on this machine. I have so much buzzing in my head and can't do anything with it. But that is off the point for the moment because I have managed to put August Rock into a form where at least I could cut and paste. AR has been on my mind a great deal this holiday. First because one of the agents who said no to ACH, but was so flattering about writing wanted to see some chapters of AR. Brilliant I thought then on the flight I read a bit of AR and cringed. I have known in the back of my head that AR needed more work, but I hadn't realized how much. Its dire state leapt out at me. However I must complete the dirty draft of current book before a rewrite of AR can begin. Yet as we were walking off the Christmas lunch and other excesses I couldn't leave AR out of my head. So I thought it would be fun to post some photos (courtesy of DH and both ds's) of the scenery that inspired AR and a little of Toby's story which I still feel is the strongest part of the book. So below is the opening of Tobias Trevenen, a thirteen year old boy's, story:

Toby knew then that the dread he had been feeling all day was not imagined but real. His feet dragged as he left the kitchen and headed to his room.
Posted by Unknown at 8:36 AM 6 comments: 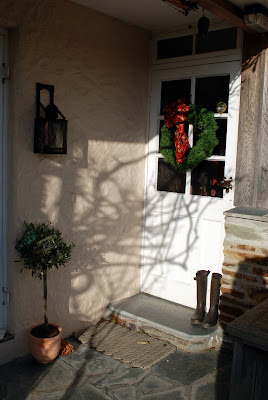 Well, I dropped my parents to the airport at 6 am this morning and drove home in the dark. Christmas was fabulous and the past two days here in Cornwall have been clear, bright and blowy as hell - in other words brilliant for long walks to work off of the indulgences of Christmas dinner and the all the others in the lead up and them that followed. If I can make it work-tomorrow i want to post an excerpt or two from August Rock with some photos of the area. However the glitch might be that on my little lappy the trial version of office has expired and my copy of office 2003 is sitting in Dubai. So I can see my words but I can't do anything with them. Is someone trying to tell me something i wonder?
Hope everyone had a wonderful and blessed Christmas. Ours certainly was. 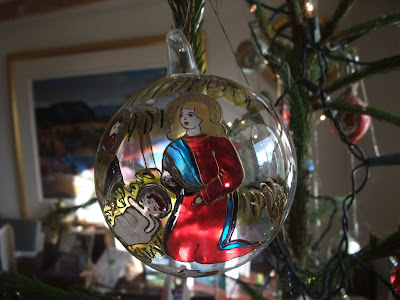 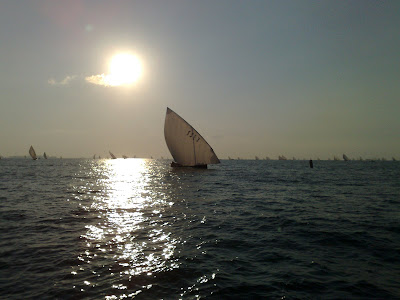 I was volonteering for a dingy regatta today and the end ended with a bonus - racing dhows as the sunset! 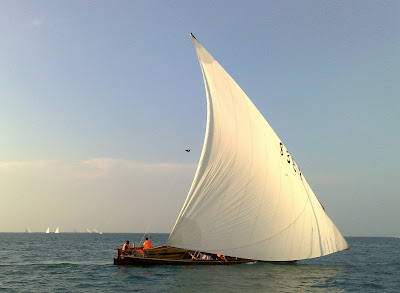 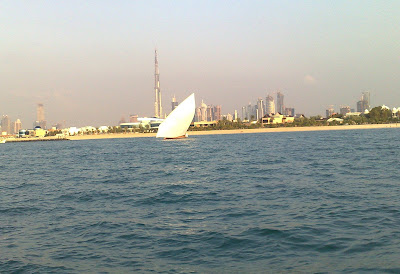 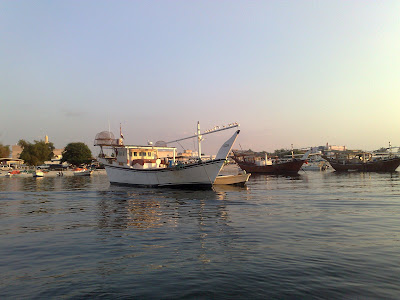