I'm Impatient and I Hate It

I still struggle with the the virtue of patience and have for most of my life. However now I can wait for for my birthday in fact I wouldn't mind if they just stopped for a bit but that's another matter!
What I'm impatient for at the moment is to move forward in my revisions. I feel like I've been working on these opening chapters for ages and, well, I have and they have improved and grown. I know my main characters far better than i did a month ago. BUT I am itching to get working with the stuff I have written already - the bulk of the novel. I want to see see it take shape.
For the past few days I have been - blocked for a lack of a better word. I didn't stop working - I kept tightening and doing character exercises but what i wanted to was finish chapter three. I had written the first half of the chapter set in Barcelona and I needed a new scene with Victoria. I knew what I wanted the scene to accomplish and where it was set. I even knew who else was in it. You may think I should always know these things, but most of the time I don't - especially in a first draft. Yet this time I had it all even the time of day in my head. What I didn't have were the words. I don't actually believe in writer's block as such, but I do believe that when the words won't arrive something isn't right.
So here I am raring to move forward - I can see the way (even have a map of sorts - you know that dirty thing called a working synopsis which is a new experience for me on a second draft) and I'm stalled. Finally on the train back from Oxford today it hit me. I'm rushing. I'm desperate to reach key parts and I need to write more at the beginning. I just want to plunge in, but none of what happens after will have any real impact or even make sense unless I give the reader more time time to know the characters....I need to work on my virtues...
In the meantime I thought I'd put up the first paragraph and show you my tweaking. Here's version one:

The Toronto air was heavy with yet to fall rain. Demi could taste it as she took a deep breath. The new leaves on the trees glowed lime in the flat light. She paused and looked at the familiar houses on the street she had called home for so long. All was stillness; no kids on bikes, no game of kickball and no shouts of hide and seek. Nothing. She bit her tongue as the words ‘come out, come out wherever you are.’ hovered until a sudden breeze teased the leaves into motion. Only a thunderstorm would clear the atmosphere.

And here's the latest -

Demi stopped walking and looked at the familiar houses on the Toronto street that had been her home for twenty years. All was stillness; no kids on bikes, no game of kickball and no shouts of hide and seek. Nothing. She bit her tongue as the words ‘come out, come out wherever you are’ hovered until a sudden breeze teased the new leaves on the trees into motion. The air was heavy with yet to fall rain. She could taste it as she took a deep breath. Only a storm would clear the atmosphere.

Summer in the City and Links 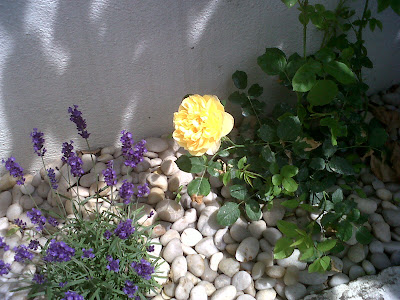 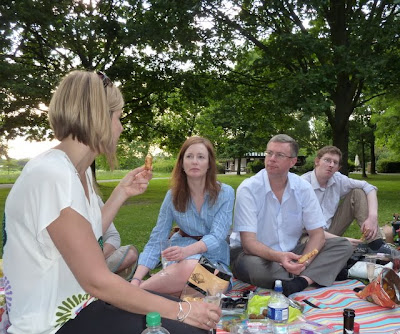 This weather is just glorious - it's truly summer and to celebrate it the other night I was able to go another gathering of twitter people. This one was BookTwicNic in Regents Park. Don't ask me why but I felt like a student again picnicking on a summer's eve with the Pimms freely flowing...which of course led to great conversation and eventually having to clamber over the gate to get out of the park (maybe that's where the student feeling comes in...) Here's a few photos to give you a flavour. 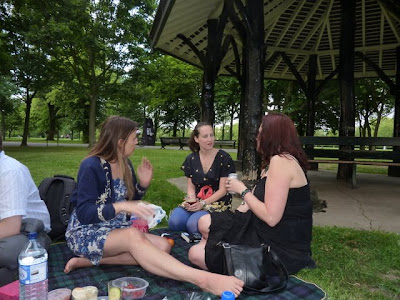 Writing wise I am making progress on Penderown albeit slowly. I'm putting in more scenes at the beginning which I believe deepen the characters sooner and I finally feel I know Demi well enough to properly tell her story. Chapter One is finished and I was about to post it with the other first chapter on my website but then stopped - because of scene two's more adult nature. Have any of you had this issue when posting bits of your work on the web and if so how did you handle it? 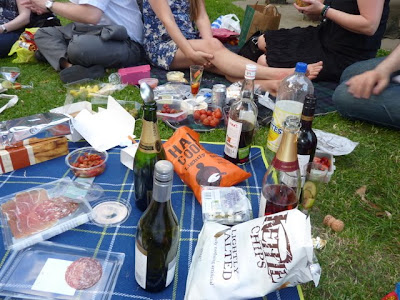 Finally a few links....
Here's one from Jennifer Crusie The Basics of Fiction that's not for the faint hearted but good for revision
Another spot on post by Sarah Duncan
Anita Burgh tells How It Is
A good fix for saggy middles from T. Anne
How to add character to your synopsis from Julie Cohen
Posted by Unknown at 7:57 AM 7 comments:

A Glimpse of Barcelona 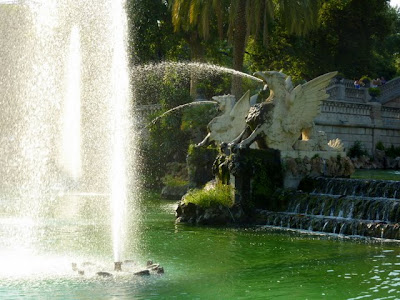 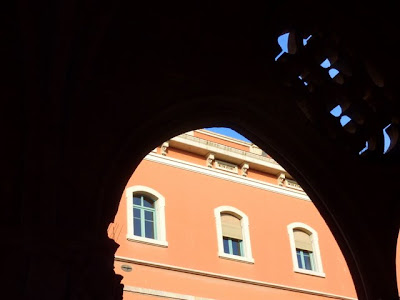 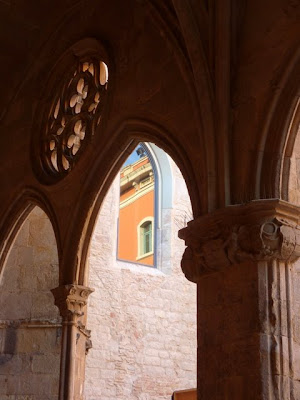 Sorry for the radio silence this past week. Despite staying in a business hotel in Barcelona we didn't have internet the first day and then I was sharing with DH.
Barcelona was so beautiful - unexpectedly so...I am left with memories of scent of pine in the cool of the parks, the balconies and shuttered windows and the food...I ate so much at times i thought I would burst....
Simply wonderful and i worked. Yes, I was good little writer and didn't spend my days sightseeing. However i did have the most magical day seeing Kate Harrison's Barcelona which included having coffee with Matt Dunn. So Barcelona offered beauty, inspiration and writers to talk too - perfect really if you include the superb wine.... 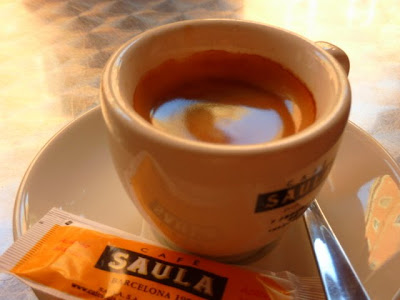 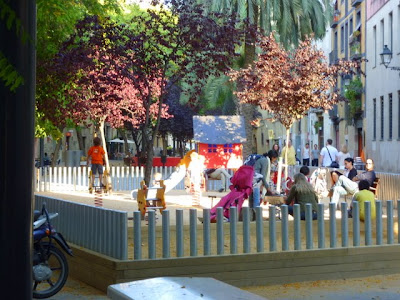 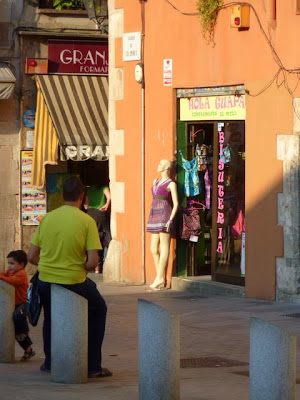 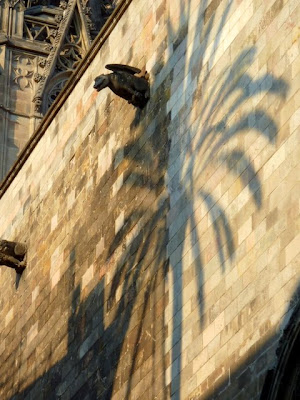 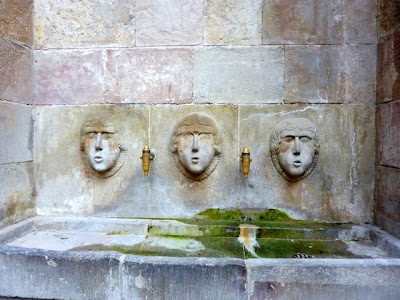 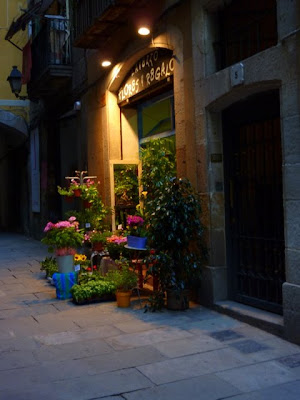 My Garden in a Vase 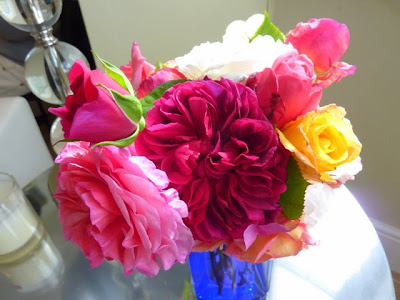 When I left Cornwall earlier this week my garden was just getting into its stride. June is its month. I hated to leave and I was sad that DH wouldn't see it in its glory so I took ten minutes and cut a bloom or two from each rose. Thought I share it with you. I just wish I could share the scent as well.
Posted by Unknown at 9:36 AM 14 comments:

The Forest For the Trees or Info Dump

Sorry for my absence from the blog but I left the power cables for laptop behind in Cornwall...it was like not having my arms and then to catch up on everything....
You would think by now that I would see obvious writing mistakes printed out in black and white in front of me easily - now I'm not talking about typos (my speciality) but, well let's not beat around the bush here - information dumping....show not tell
Yesterday I was finally pulling together the new first chapter for PENDEROWN. I had played with the opening page until I felt i had set the mood right and first scene said all I wanted it to say (I'll come back to this) and then I pasted in the Victoria's first scene. Now this is where my alarms bells were ringing - my alarm bells not those of my IV (inner voice - thank you Annie). You see - Victoria's opening scene is explicit and my inner prude panicked - it said 'you can't have a sex scene on page three and definitely not one like that'. However my IV said yes you can and it's right and it's right for your character....inner battle ensued. In desperation because i just couldn't move on I called on friends.....who of course had no problem at all with said scene. IV wins but Biddy quite rightly pointed out the lovely info dump below that pulled her straight out of the story and if I'm honest IV was trying to tell me about it but the prude in me was too overpowering.
So here's what happened when I took info dump (see above - scene saying all I wanted it to say in one paragraph!!!)

She checked her emails again and there was still nothing from Adam Smith and Associates. It had been a week and a day since she had received the email informing her she was on the shortlist for the trainee position, but they hadn’t told her how many were on it with her only that she had made it out of the thousand applicants. She should be pleased, she knew she should. She wanted this job. It was perfect and here in Toronto. If she landed it then it would become the doorway to a successful career in architecture hence the thousand applicants. But...she chewed her lower lip and slowed her steps. If the answer was yes she wouldn’t be able to make the trip to Europe and well, she would have to decline the offer of a place at Falmouth School of Art for a Masters in Art & Environment, which she knew was just a dream anyway.

and then after reminding myself I should know better by now and remembering Jan Jones's wonderful post on show not tell.....this is what the new looked like (but remember it is still to be worked on)....

Demi jumped when her phone rang. Matt's photo flashed on the screen with his big grin. “Hi."

Demi rolled her eyes. They were just words. If only she felt he actually meant it. “What’s up?”

“Just booked our tickets to Europe.”

“Don’t mean to burst your bubble, but yes you made the short list out of a thousand but no way will you make the final cut.”

“Thanks for your belief in me.”

“But I do believe in you and that’s why you should forget the boring job and follow your heart to Cornwall and to the masters you want.”

She closed her eyes and took a breath. She couldn’t reason with him. She had a tough enough time doing that with herself. “Please tell me you haven’t actually booked flights.”

“How long will they hold them?”

“Good. Give me until then.”

Matt was hopeless but she was worse. Bloody dreamers both.She put her toe in and out of a puddle and watched the ripples before she checked her emails again to find there was still nothing from Adam Smith and Associates. It had been a week and a day since she had received the email informing her she was on the shortlist. She should be pleased, she knew she should. She wanted this job. It was perfect and here in Toronto. If she landed it then it would become the doorway to a successful career in architecture.

Thunder rumbled in the distance. The storm would be here shortly but not yet. Demi’s eyes traced the outline of the one houses that had been ‘improved’ from a humble bungalow to a grand residence. Her nose twitched. It didn’t fit the neighbourhood but she was sure it had been what the clients had requested. Was life always like that?

She chewed her lower lip and slowed her steps. If the she was accepted then she wouldn’t be able to make the trip and well, she would have to decline the offer of a place at Falmouth School of Art for a Masters in Art & Environment. It was just a dream anyway and one her mother hadn’t shared for her.